In the photo is a 24” x 24” panel wall system that consists of 1/8” steel studs with 2” of foam between each stud. One coat of plaster was applied to a thickness approximately one inch that imbeds the steel studs that has a scratch coat finish. Twenty-four hours after the first scratch coat a one inch sand float finish was applied.

These panels were erected at both walls and ceiling roofs. All plaster areas, interior and exterior, then received one coat of Kel-Prime curing/bonding/sealing/hardening agent. The sample panel has been outside in rain, snow, ice storm, etc. climatic conditions for 19 years without any water, freeze thaw, cracking, etc. failures at all.

The panels were connected with what I call “hog rings”, and all plaster was mixed using 3 ounces of Kel-Crete Premium Liquid Admixture per 105-pound sacks of Portland Type I-II cement. The plaster was pumped using a standard plaster mixer connected to a piston type pump and hopper. Twenty-four hours after the plaster finish coat was applied, Kel-Prime, mixed 50/50 with water, was applied using a standard paint sprayer. Ten units per week were completed with a six-man crew, and were built to withstand 200 mph hurricanes. Each unit also received Kel-Prime, induced at 8 ounces (full concentration) per gallon of paint for both interior and exterior. After 10 years another coat of Kel-Prime-induced paint was reapplied to the roofs only. To date there have been no reported failures. 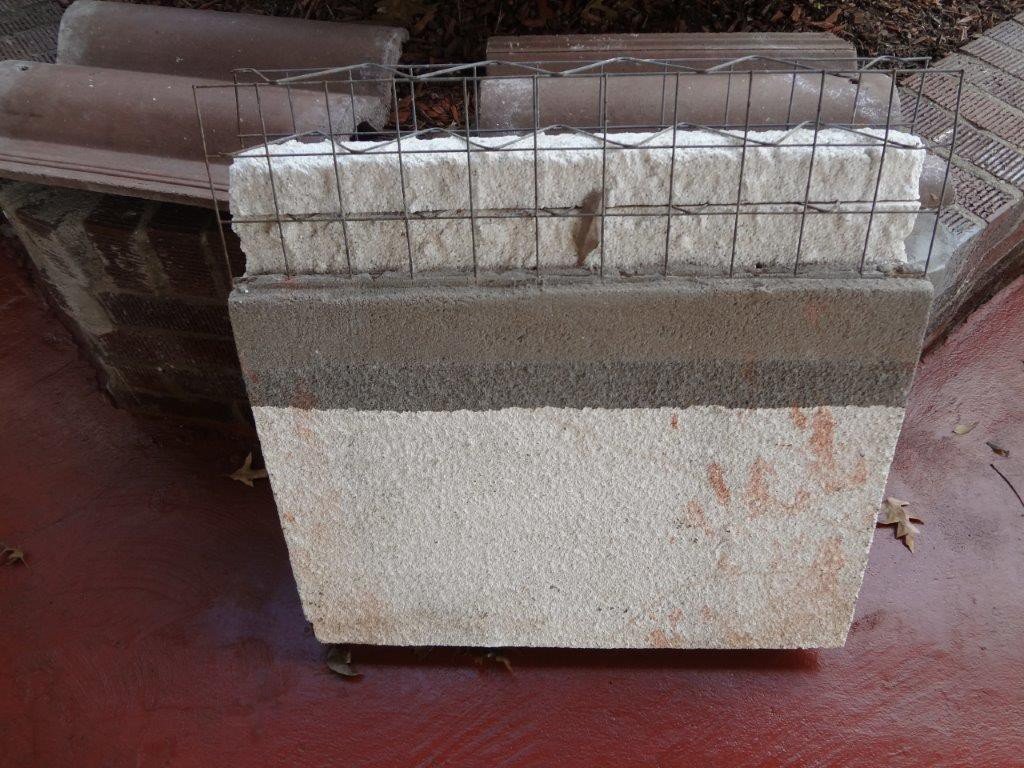